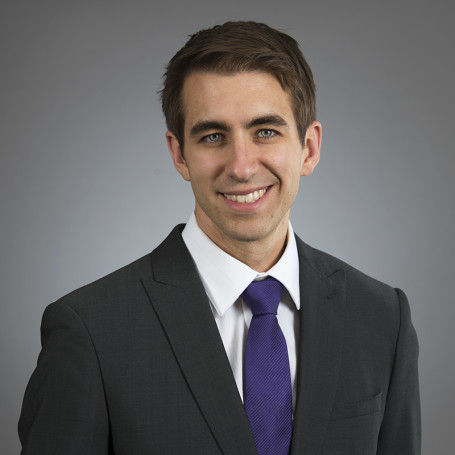 A spur-of-the-moment decision led Ben to learn French. One day he came across an overview of the Certificate Program in French as a second language; the next day he applied. After almost two years of philosophy studies (after an earlier stint in the pre-journalism program), he began the Certificate program in the fall of 2008.

It was an impulsive decision, but as the Edith Piaf song says, “Je ne regrette rien – I have no regrets.

Thanks in part to his experience in the Certificate, Ben was accepted into the law program at McGill. He took the combined law program, in which he obtained a joint degree in common law and civil law (B.C.L./LL.B.). He also had the opportunity to do his final year of law at the Université Paris 1 Panthéon Sorbonne where he studied international and European law

Learning French opens up a world of possibilities to those who want to work and live in a cosmopolitan, multicultural environment. We have to remember that French is not a foreign language in Canada!

Ben now works for the MLT Aikins legal firm in Regina. He is also a member of the Association des juristes d'expression française en Saskatchewan (AJEFS) whose mandate is to provide access to legal services in French in the province. Even though he doesn’t routinely use French at work, French is useful to him when he has to read legal documents written in French, such as contracts or wills: he doesn’t need to wait for a translation!

Ben also maintains his bilingualism by reading books in French and speaking French with Francophone friends. One of his favourite activities is jogging while listening to “Les années lumières” broadcast on Radio-Canada.

In his view, learning French is a life-long activity. All it takes is patience and perseverance.

Don’t give up. There are lots of resources available to help you learn French: TV, radio, Internet, and especially the University of Regina ;)