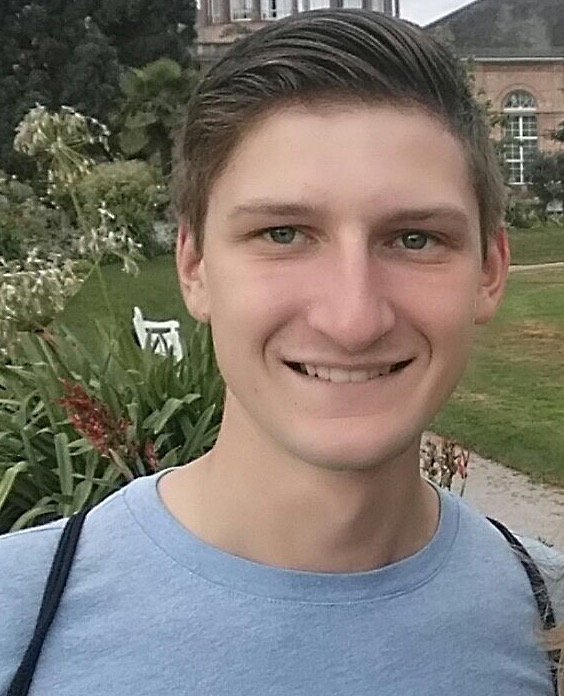 Bilingual and proud: that’s how Luke Gilmore, a fourth-year student in political science with a minor in French and Francophone Intercultural Studies, describes himself. It’s also the title of the speech which won him first prize in a provincial public speaking competition when he was in French immersion at Dr. Martin LeBoldus High School in Regina.

For Luke, being bilingual is a real source of pride. What’s more, speaking French is an integral part of his Canadian identity.

It’s my knowledge of both official languages that makes me a real Canadian.

It’s a pride that he brought all the way to the Juno Beach Centre in Normandy, France, where he just completed an eight-month work experience through the University of Regina’s cooperative education program. Luke was among a handful of individuals chosen from Canada to work as a guide at the historic military installations at Juno Beach for English and French-speaking visitors from around the world.

This unique opportunity allowed him to experience complete French immersion. He spoke French on a daily basis with his colleagues and, of course, during the trips he was able to take in France and elsewhere in Europe. Luckily his academic path had prepared him for this immersion!

My immersion training, as well as grammar classes at La Cité, were excellent preparation for this incredible experience.

During his work placement, he also made use of his political experience as an organizer and volunteer for the Liberal party, in which he has been involved for several years. At the end of his studies, Luke hopes to work in the political world, where he acknowledges that bilingualism will be an important advantage in getting ahead.

Upon returning, Luke came back to his job as a French tutor at the Student Services Centre at La Cité, working with university students at various levels while advancing his own understanding of the language. In his view, it’s a rewarding experience in an enjoyable environment, which gives him the chance to practice a language he’s passionate about.