Lawyer with Miller Thomson in Regina 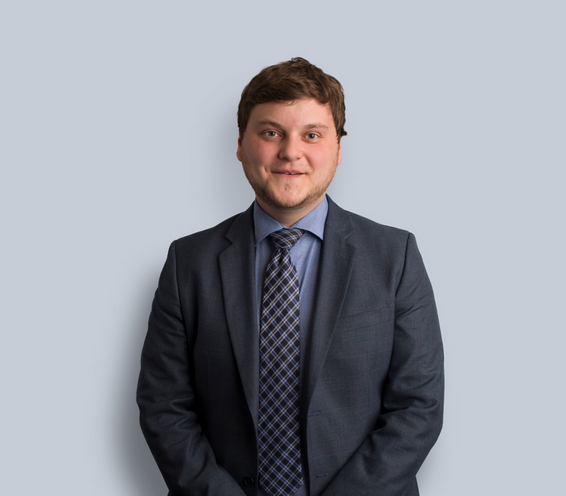 First of all, tell us about your background.

I grew up in Saskatoon where I graduated high school from École canadienne-française in 2004. I completed my Bachelor of Arts with majors in History and Political Science from the University of Saskatchewan, then completed my law degree from the French Common Law program at the University of Ottawa in 2013. I articled at Miller Thomson in Regina and was admitted to the Saskatchewan Bar in 2014. I have been a practicing lawyer since then with the firm Miller Thomson. I am also Vice-President of the Association des juristes d’expression française de la Saskatchewan (AJEFS), where I have been a member since 2013.

What are the advantages of being bilingual in the law field?

There are many benefits. Of course, being bilingual has its advantages in the federal government, mostly in criminal law. In Canada, accused parties have the right to a trial in the language of their choice, according to Article 530 of the Criminal Code. For this reason, French-speaking attorneys are always sought after.

In Saskatchewan, people also have the right, under the Official Languages Act, to be access legal services French for civil matters such as issues related to family law and small claims court. Personally, I have plead several cases in court in French, such as small claims cases, family law cases and other general litigation cases. People also have the right to conclude contracts, including family contracts, in French.

Since these rights exist, anyone who wants to become a judge will have a huge advantage. We have several judges at the provincial level and the Court of Queen’s Bench that have heard cases in French as well as Appeals judges that are French-speaking.

Why study law in French?

Even though I grew up with two French parents and spoke the language regularly at home, studying law in French was very important to me. Even as a Francophone, it would have been more difficult to practice law in French had I not studied in that language given all the legal jargon. Having gone to law school in French allowed me to start working in my role right away in my career, without having to learn legal terms as I went.

Even though I studied in French, I don’t believe that put me at a disadvantage when applying for the Bar. Living in a Francophone minority context, you pick up all the legal terms in English quite quickly. Even within my program at the University of Ottawa, we would study English cases and learn all the associated terms.

What kind of career opportunities are there for bilingual attorneys?

There are several opportunities within Saskatchewan and throughout Canada. Several of my Francophone friends are now lawyers for the federal government as Crown prosecutors (criminal law) or in other branches of civil litigation. Others work for the provincial government, either as Crown prosecutors or working as constitutional or civil litigators. Others work in the private sector (ie. at law firms), in areas such as family law, succession, civil litigation or corporate law.

Since citizens have the right to access legal services in French, speaking French is a huge advantage in this profession. Given the small number of French-speaking lawyers in the province, speaking both languages is a highly desirable skill that is widely sought after in both private and public practice. And, as mentioned, if any lawyers are dreaming of becoming judges one day, being bilingual is a huge advantage!

Finally, it worth mentioning that a French law degree can open doors outside of traditional legal practice. Several of my friends have roles whose scope extends beyond a pure law career in the federal and provincial government as well as private industry. A background is law is often high desirable outside of the traditional realm.

If you have any questions related to studying French law or a bilingual law career, don’t hesitate to reach out to me: