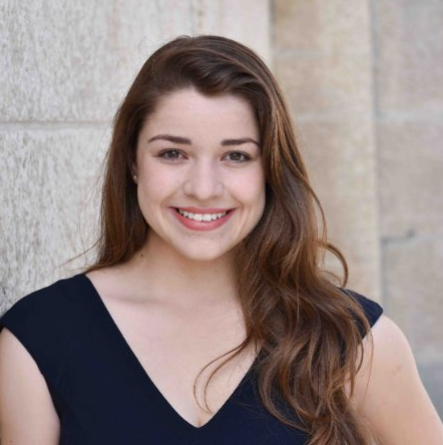 Today a proud Fransaskoise, Marie’s Francophone journey starts like many others from Anglophone families: at school. After studying core French until grade 10, it was in grades 11 and 12 while enrolled in the International Baccalaureate program at Luther College High School in Regina that she developed a passion for French.

It was during these two years that I really found the confidence to pursue my studies in French.

After high school, Marie’s appreciation for French language and culture grew stronger as she participated in the Explore program in Chicoutimi, Québec. Following this adventure, she enrolled in the Baccalauréat en éducation française (BEd) and the Baccalauréat en études francophones et interculturelles (BA) at the University of Regina.

During her four years of university, Marie was heavily involved in student life as the vice-president of the Société des étudiants francophones. She also participated in numerous activities that allowed her to become more familiar with the Fransaskois community.

I chose to study in French because of my love for the language. Furthermore, I know that bilingualism is becoming more and more important in our country and that it’s a strong asset in any career.

After graduating with her BA/BEd, she started as a substitute teacher in high schools. However, in the following months, she refocused her love for helping others from education to politics.

She was chosen among the top students in Saskatchewan for SLIP (Saskatchewan Legislative Internship Program), a seven-month internship at the Legislative Assembly working alongside various deputies and ministers in the Legislative Building, where she had worked as a bilingual guide during university. During the program, she was able to put into practice her French skills on trips to Geneva, Brussels and London where she met with representatives from the United Nations, the European Union and the British government.

Fuelled by her passion for French and coupled with her academic and professional background, she applied and was accepted to the College of Law in Fall 2016 at the University of Saskatchewan including the first cohort of students in the Certificate in Common Law offered in partnership with the University of Ottawa.

Motivated by a desire to stay involved in the Fransaskois community, Marie still surrounds herself with Francophone friends and colleagues. She hopes to become a leader in the community and inspire other young people to follow their passion, no matter their field of study.