Seven first-year nursing students are taking their Saskatchewan Collaborative Bachelor of Science in Nursing (SCBScN) classes in both French and English, thanks to the recently launched Bilingual Option.

“I got accepted in both programs, but I chose the Bilingual option,” says student nurse Sabrina Michaud who moved to Saskatchewan from Montreal six years ago. “I strongly believe that we need to have healthcare professionals who can serve the French community in French.”

Her colleague Joëlle Lapierre agrees. “But also for me,” Lapierre adds, “it’s an opportunity to maintain my French culture throughout my education.”

Fifty percent of the classes are taught in French while the other half is covered in English.

“In an ideal world we would have established a French-language only option like the one that exists, for example, at Université de Saint-Boniface in Winnipeg,” says david Gregory, Dean, Faculty of Nursing at the University of Regina. “But, like the University of Alberta, we decided to look at the Bilingual option as a first step forward.” 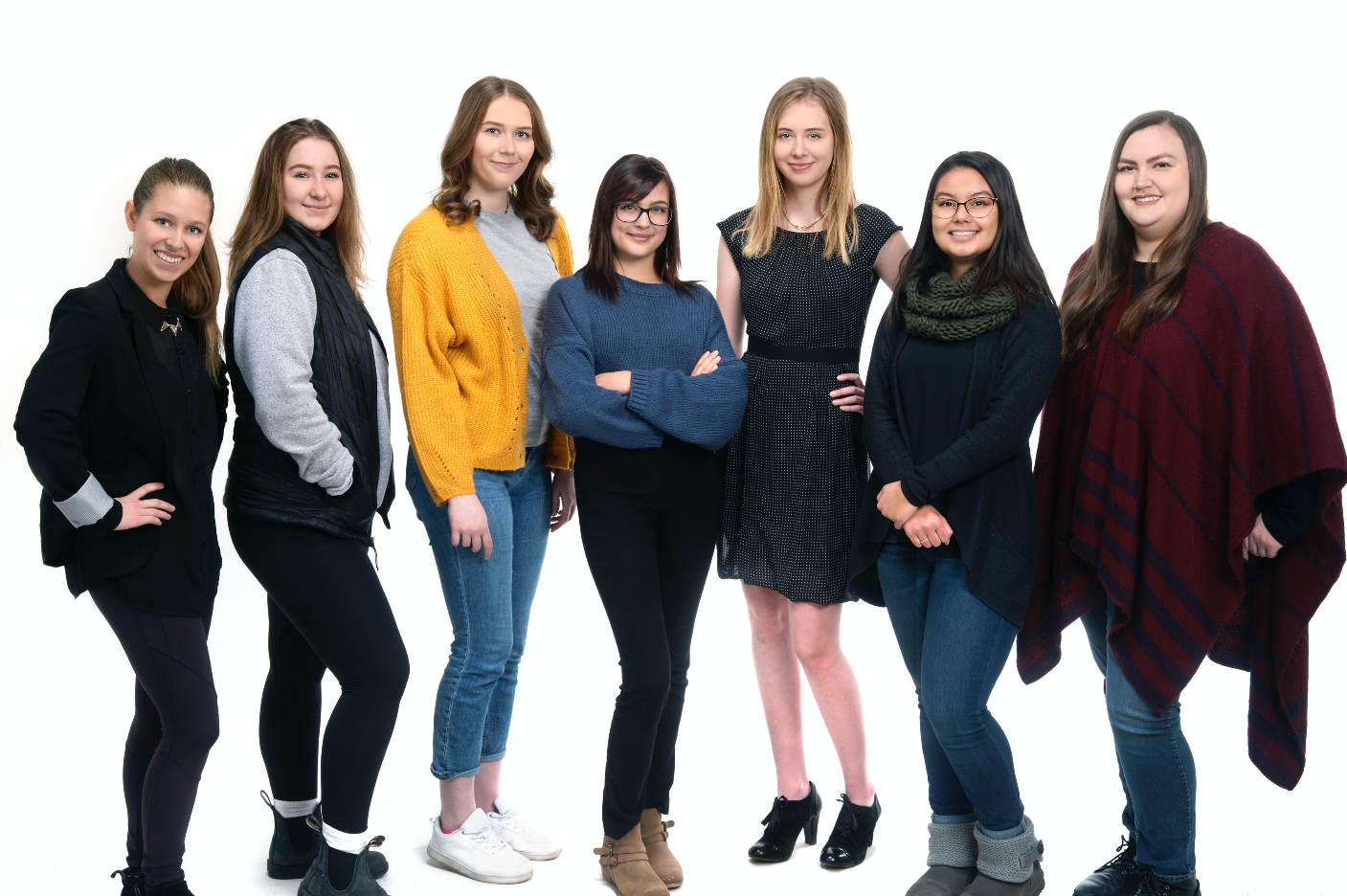 The SCBScN program (a collaboration between the Faculty of Nursing at the U of R and the School of Nursing at Sask. Polytech) partnered with La Cité Universitaire Francophone to offer the bilingual option.

Program Liaison Francine Proulx-Kenzle says the SCBScN program was a natural fit as partners in improving the quality of healthcare services for Saskatchewan’s francophone community. “Plus,” she adds, “dean Gregory is a champion for diversity, so that made it an easy decision.”

A former professor at the University of Manitoba where French-language programs are abundant, Gregory says he was surprised by the lack of similar opportunities at the U of R. “I approached the Provost and he thought it was a good idea,” he explains. “And that’s when we started to work with La Cité.”

That work, which began in 2015, culminated in the enrolment of seven students –seven being the magic number when it comes to clinical placements in hospitals – this fall.

“So far, so good,” Proulx-Kenzle says, adding that the first semester, bilingual or not, is tough on new students. “But we’re here to support them and to provide them with the resources that they need.”

“We’re like the little guinea pigs of the program,” Lapierre says. Even though she appreciates the advantages of a close-knit group, like the schoolwork help they offer each other, Lapierre says she has sometimes missed interacting with the larger SCBScN student community. “But maybe that’s because this semester all our CNUR classes were in French, which probably won’t be the case next semester.”

“They’re not on their own except for the French classes,” says dean Gregory, explaining that the students will have more opportunities to be part of the larger SCBScN cohort as they advance through the four-year degree program.

He adds that talks are underway with representatives from the three French-language nursing programs in Western Canada to share resources and exchange knowledge because, “it’s a minority situation with French-language programs.”